Information about The Binding of Isaac: Repentance Review (Switch) 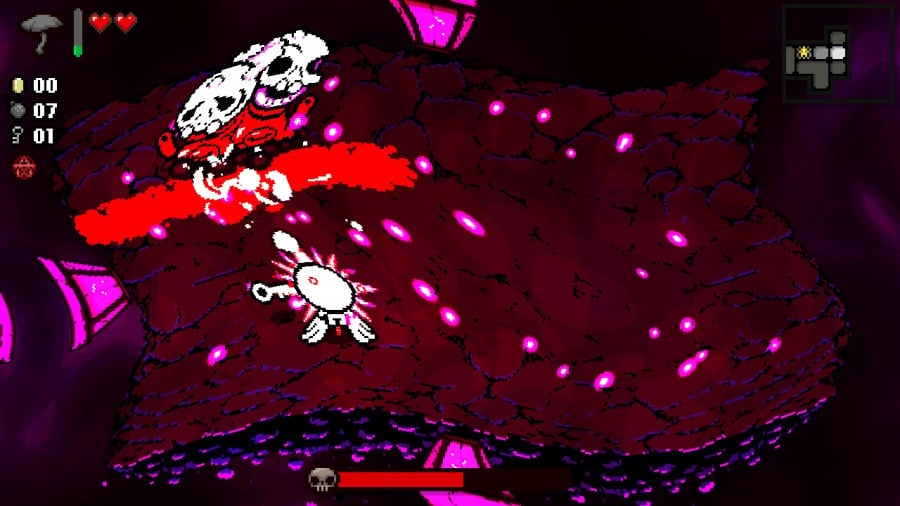 Fantastic roguelite The Binding of Isaac has been around for a decade since its original Flash incarnation. On Switch alone it’s been a thing – along with its Afterbirth+ expansion – for over four years. A big, final addition to the game with the Repentance ‘expansion’, then, seems a little belated. Helpfully, Isaac is the kind of game that engenders obsession.

The further that Isaac moved from its original incarnation, the less balanced, and therefore the less fun, it became. It’s still ace, of course – by some distance it remains the king of the roguelites in this writer’s opiniom — but the bloat (not to be confused with boss monster The Bloat) introduced with each successive expansion made the game steadily more complex, less breezy, not as pick-up-and-play fun. Sure, you don’t expect to win every run in a game like this, but spawn The Haunt on the first floor with absolutely no power-ups and you may as well just restart.

Not anymore, though. On top of adding 130 items, 100 enemies, 25 bosses and 20 new playable characters, Repentance extensively rebalances the game, buffing many items and nerfing others; quite frankly, this serves nothing less than to make Isaac great again. Available as DLC or as a separate physical Switch release direct from the publisher, there’s so much new and remixed content here, with many graphics extensively redrawn for consistency, new music, a new fuller-featured co-op mode (no more lame babies!) and a brand new ending with new super-bosses to fight, that it almost feels like a full sequel at times.

It cannot be stressed enough that – again, in this writer’s opinion – Repentance is almost a full-scale apology for what Afterbirth+ wrought upon the game. While the purity of the original Flash title (and initial Rebirth remake) is absolutely lost, what remains is one of the most content-rich, fullest-featured titles available on the Switch.

By no means is Repentance perfect. It’s still rather bloated, depending on which ending you’re after, and there may be some unpleasant surprises for veteran players; many of your favourite broken item combos are no longer available, or nerfed to the point of near-uselessness. Greed mode is still lingering around the game like a bad smell and unlocking much of the content requires you to beat it over and over with the new characters and “tainted” variants of the old ones.

Overall, this is a return to form for The Binding of Isaac and comes close to capturing the magic of its original pre-Wrath of the Lamb incarnation. The simplest recommendation we can give is that we can see ourselves pouring another 500 hours into a game that had, until now, resolutely burned us out. Those Greed Mode unlocks may never see the light of day, but we’ll be having a blast discovering the thousands of new item synergies, defeating the brilliant new bosses and exploring that alternate route through the game to fight against… well, that would be telling.

The Latest News on The Binding of Isaac: Repentance Review (Switch)