Coming by way of Korean developer Neowiz Games, Skul the Hero Slayer promises tight roguelike gameplay, but what we get is a loving homage to games like Dead Cells, Rogue Legacy, and Hades. The developers wear their influences on their sleeves, which is definitely not a bad thing as they are still able to inject their own unique charm into what is a well-worn genre. 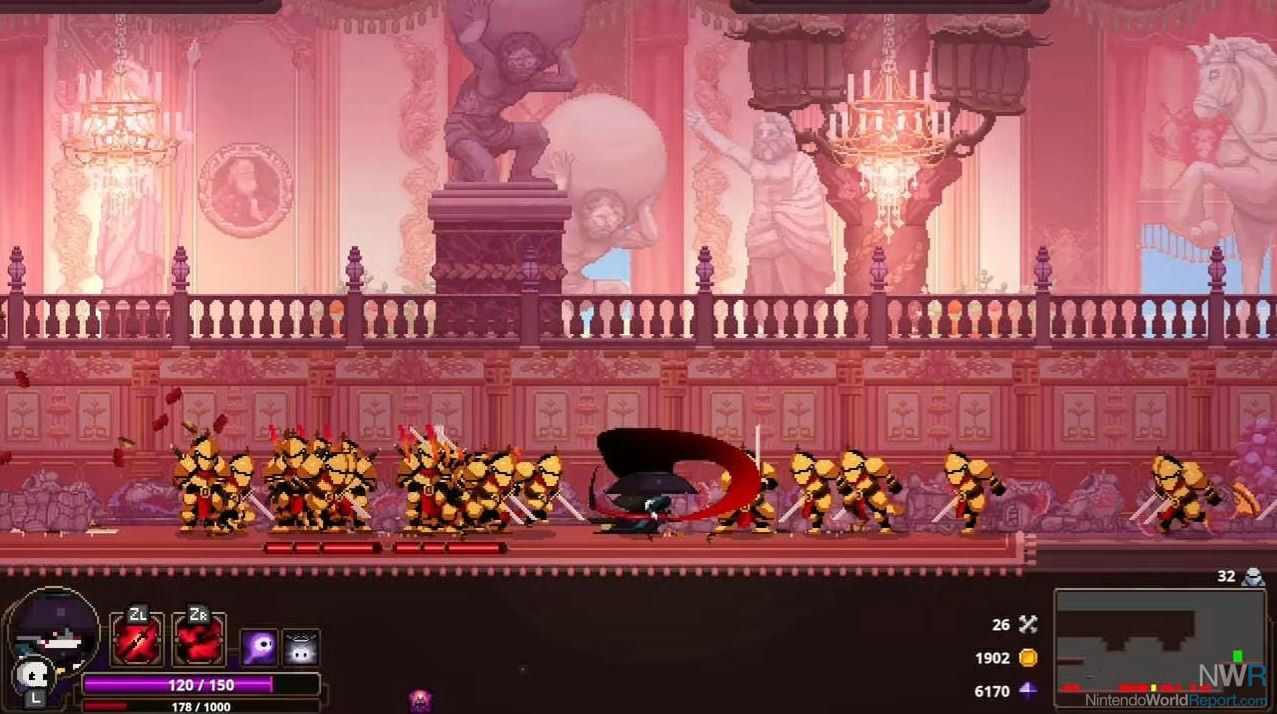 Skul the Hero Slayer flips the script on the typical hero-stopping-evil-demons story with a tale of humans encroaching on the world of the mystical. In this world, humans had an ancient pact with the demon king that each would respect the boundaries of the realm. The story begins with humans reneging on their promise and slaughtering all non humans they can find. You play as Skul, a lowly soldier of the Demon King, tasked with rescuing the remaining senators of the council as well as the Demon King himself.

Skul is special because he has the ability to take off his, well, skull and replace it with the skull of another, giving him new abilities. The skulls vary in wide ranges from class shield knight with defensive capabilities to a treant skull that brings Groot-like qualities like powerful ground smashes and root attacks. There are even rarer skulls like a genie skull that shoots magic and floats; heck there’s even a skull that turns you into the protagonist from Dead Cells (speaking of reflecting your influences). Two skulls can be held at a time and swapping is easy but with a slight cooldown. This way you can mix and match two separate skull builds and use them interchangeably. Using the grim reaper skull for distanced magic is great but sometimes you need to swap to the berserker for hard-hitting melee. The name of the game is synergy. 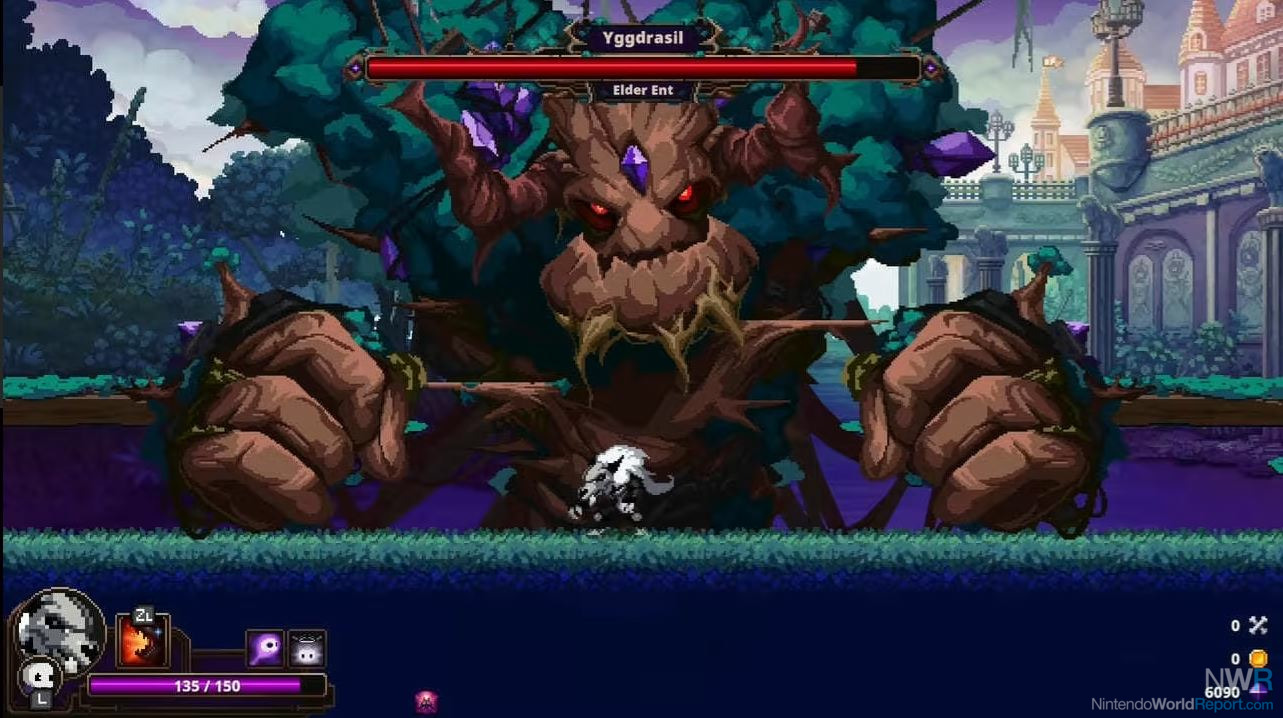 Speaking of synergy, there are items you can buy or receive that adjust your style of play. One item may give you bonus physical damage or magical damage, for instance. What makes these items special is that they also come with inscriptions. These will add additional perks like giving enemies a slowdown chill effect, or whenever you double jump, an arrow will shoot out at your enemies. The items on offer will completely change up your tactics. There are also special usable cooldown items called Quintessences that, once equipped, will add an extra ability like an explosion that will toss you backwards for quick escapes while also damaging enemies. Throw in a dozen or so enemies and we have pure chaos. Dodging, double jumps, cooldown abilities, and skull swapping all combine to form a wonderful pandemonium of abilities and reflexive combat that feels absolutely fantastic,and trust me the game does throw in dozens of enemies at a single time. I rarely had the same build twice and that’s saying something.

The levels are procedurally generated within each biome with bosses at the end of every three stages, plus mid bosses and sanctuary sections to buy new items or heal yourself for gold. Much like its predecessor Hades, at the end of every level there will be two doors to choose from. These doors represent getting a new skull, gold, shops, or bosses. When it’s a boss door, there isn’t a choice, but the rest let you pick your path on what you want to receive in the next section. Maybe you haven’t found a skull combo you love yet? Need some gold to buy an upgrade? The choice is yours!

While the combat is fast and frenetic, the downtime between bosses, biomes and resetting runs gives a drip feed of story that barely passes as a narrative. The story of the hero child befriending the demon king is a relatively simple one, with details being sparse throughout. It does wrap up with an understanding of the proceedings but lacks depth and detail. At the end of the day, the story isn’t the important part. When resetting each run, you are returned back to the destroyed Demon King castle and can interact with the freed senators to get starter skulls, and buy upgrades with essence you’ve collected. These upgrades are mostly incremental, percentage-based boosts to your damage and life pool. They don’t feel satisfying as it’s hard to really feel their impact. Also their value ramps up to a large number quickly making it feel like it’d take several runs to see any meaningful progression in the upgrades. When upgrading from one tier of damage costs 80 essence but then upgrading your magic damage costs 900, it feels disheartening. 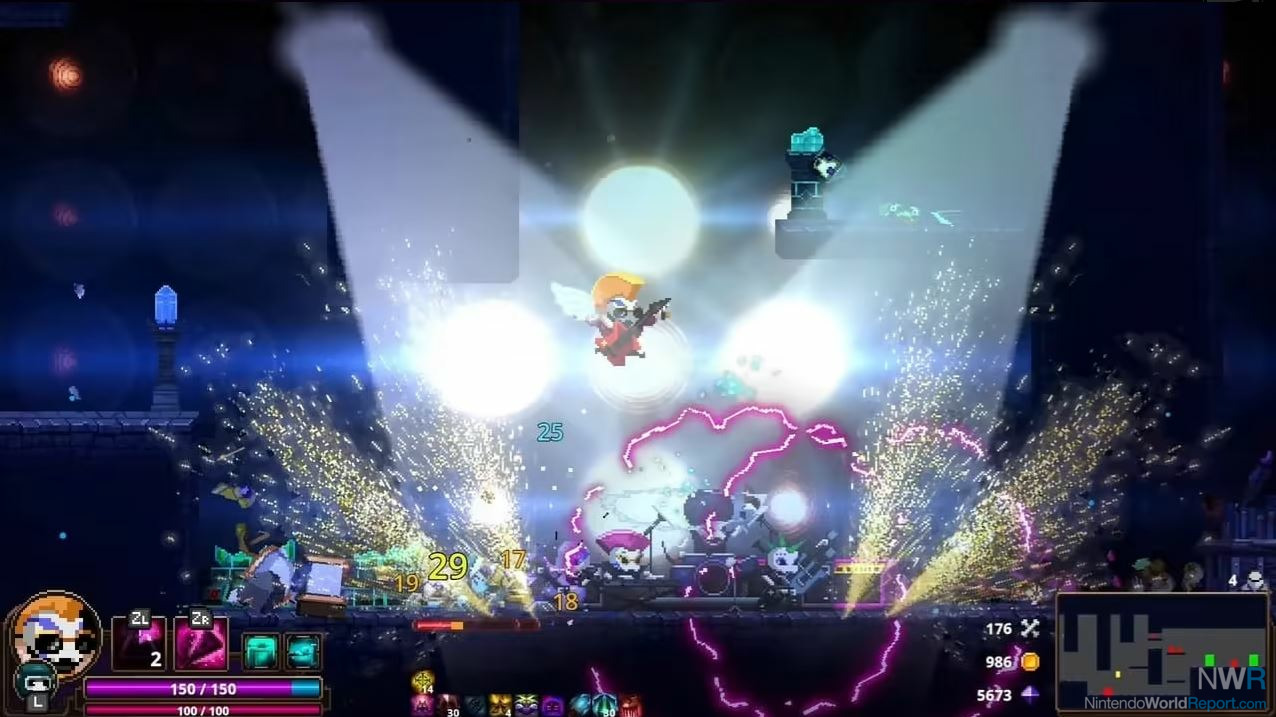 Outside of the reset upgrades and story, Skul the Hero Slayer is largely successful. Runs and levels have a timer for speedrunning fans, but the timer also shows how bite-sized they feel. Depending on your skill, runs can last 10 minutes or an hour. The game moves at a good pace and when finding the perfect combo of skulls and items, the gameplay is very satisfying. When in the midst of high-intensity action, there are some framerate dips but it rarely hindered my fun; in fact, it kind of felt good to know that I had caused so much chaos that the game couldn’t handle it all. In the vein of run-based, combat-styled platformer games, Skul the Hero Slayer proves that there’s still life in these old bones yet.

The Latest News on Skul: The Hero Slayer Review – Review