It didn’t take billions of years or immense pressure, but these gemstones are still precious in their own right.

Pokémon’s strict adherence to a specific template can make reviewing new or remade mainline entries a bit of a challenge. The matter is compounded by the sheer number of people who love and follow the series and the fact there really is so much passion for Pikachu and his fellow pocket monsters. For context, I’m coming to this review having played and finished essentially all of the mainline Pokémon games, including the original Pokémon Pearl from 2007. This time, I went with Brilliant Diamond, however. One major takeaway upfront is that while it’s an excellent game in and of itself, the faithful recreation of Gen 4 and the Sinnoh region is less interesting than the more experimental Let’s Go games, which really resonated with me. Still there’s a lot to like for those who are new to Pearl and Diamond and used to the quality of life features that have gradually been added to Pokémon games over the years.

From the small town of Twinleaf, you emerge from your quaint home and follow your friend into the tall grass and its ever-present danger. Just before you are attacked by wild Pokémon, a briefcase opens and a choice becomes available. Choose your starter from the familiar water, fire, and grass type triangle: Piplup, Chimchar, or Turtwig. Having always gone for the water option, I changed things up and went grass type, and so Turtwig and I began our two-fold quest, to collect all eight gym badges and become Pokémon League Champion and to help Professor Rowan complete the Sinnoh region Pokédex. Fortunately, the tried and true formula of visiting each town and completing a side mission before fighting each gym leader remains fun, with the equal parts bumbling and nefarious Team Galactic serving as a fairly compelling antagonist throughout your journey.

In a lot of ways, if you’ve played one Pokémon game, you’ve played them all, which makes it even more important to highlight what makes Brilliant Diamond stand out. First off, the chibi-style characters end up making a positive impression and fit well with the game’s toy-box trappings. Second, while I can’t comment on specifics, the post-game does appear to be expanded and offer more of a challenge to veteran players. Third, the outdoor environments are genuinely attractive, with water and water effects managing to impress on many occasions. Finally, the Grand Underground brings a literal depth to the world that is sure to add dozens of hours, but more on that in a bit. 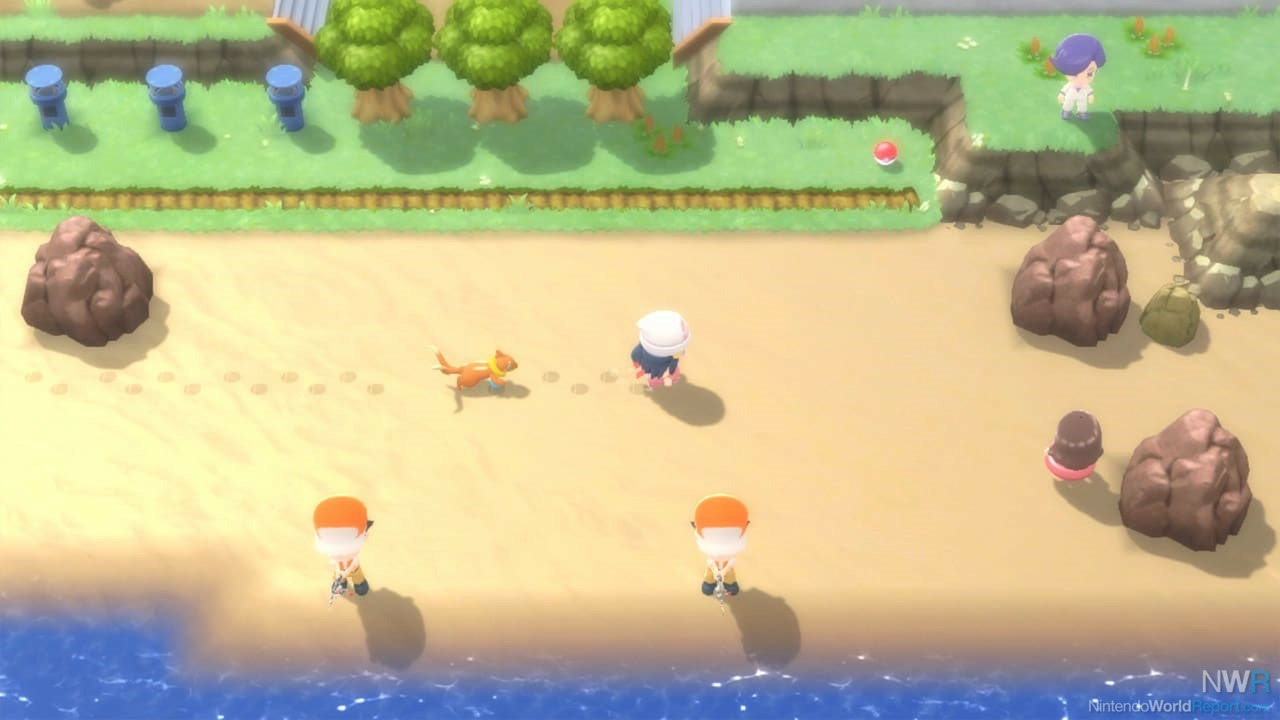 Pokémon battles play out much as they did in Sword and Shield, with one addition being stickers that can be put on top of your Pokéballs so that special visual effects appear when you throw out that particular Pokémon in battle. There does seem to be more flourish to all of the battle animations; the backgrounds during combat also look good and even entering a battle from the tall grass has a bit more flair to it. I can admit that my initial impressions of the game’s aesthetic during its announcement were much less favorable than my current ones, and I don’t think that’s entirely the result of most of my playtime being on a Switch OLED in handheld mode. The wide array of colors and even the pronounced lighting effects, especially in the day and night cycle, are certainly praiseworthy.

Of course, the latest Pokémon remake is certainly not beyond reproach. It continues to baffle me that these games only have a single save file, when even the RPG standard of three isn’t enough. Unlike in Sword and Shield where random battles were less common than just seeing Pokémon in the overworld, that convention is flipped in Brilliant Diamond. It’s only in the Grand Underground where you’ll see Pokémon roaming around and can choose whether to battle or catch them. The Experience Share mechanic is on by default and can’t be turned off, which may appeal to new players while frustrating others. Finally, there’s an absurdity to watching characters walk in a halting style during cutscenes, as they have to stop and turn to face a new direction. Similarly, sometimes your Pokémon partner that can walk behind you glitches out and starts sliding along instead, or just popping up in front of you, impeding your progress. 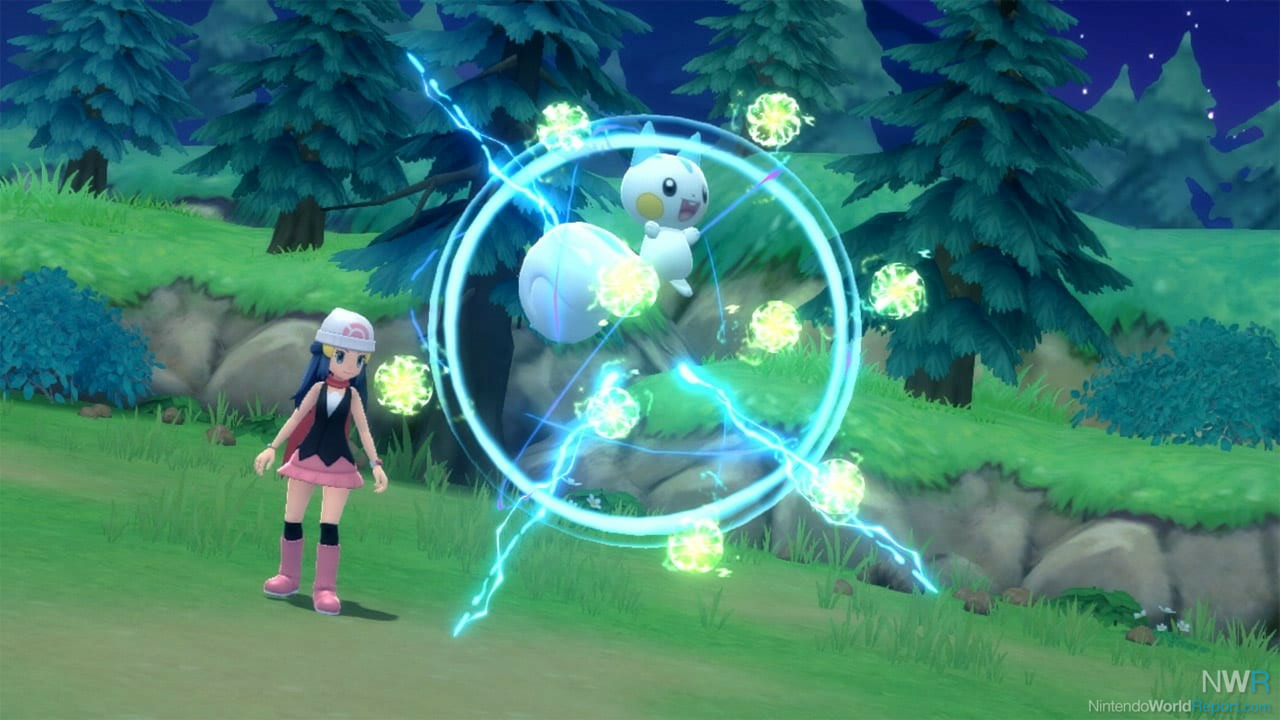 Turning the spotlight back onto the Grand Underground, it isn’t actually that far into the game before you can burrow beneath the surface to uncover an entire map of tunnels and what are being called Pokémon Hideaways. These different environmental habitats house a variety of Pokémon that are visible on screen, so you can choose which ones to engage. In addition, you can search out walls with hidden treasures inside, such as fossils, statues, and gems, and these can be exchanged for other in-game items or used to decorate your secret base. Depending on how you arrange things in your base, certain Pokémon types become more common in the Grand Underground. You can also find higher-level monsters here and ones you may not encounter in the various above-ground areas of Sinnoh. It’s definitely an interesting element of Sinnoh that I’m eager to explore more thoroughly.

The experience of playing a Pokémon RPG is still solid. Whether your objective is to form the best team for online battles, complete the full Sinnoh Pokédex, or even win all of the Super Contests, there truly is something for everyone in Brilliant Diamond. A simple run straight through the game to the end credits only takes 10 to 20 hours, but it really becomes a choose-your-own-adventure type of experience at that point. For me personally, I fell off the competitive battle scene a few generations ago, but finding joy in filling up the Pokédex helped breathe new life into these games. It also gives me a natural stopping point so that I can move on to the next game. For a series synonymous with choice, there’s more than enough ways to pass the time in this revamped Gen 4. 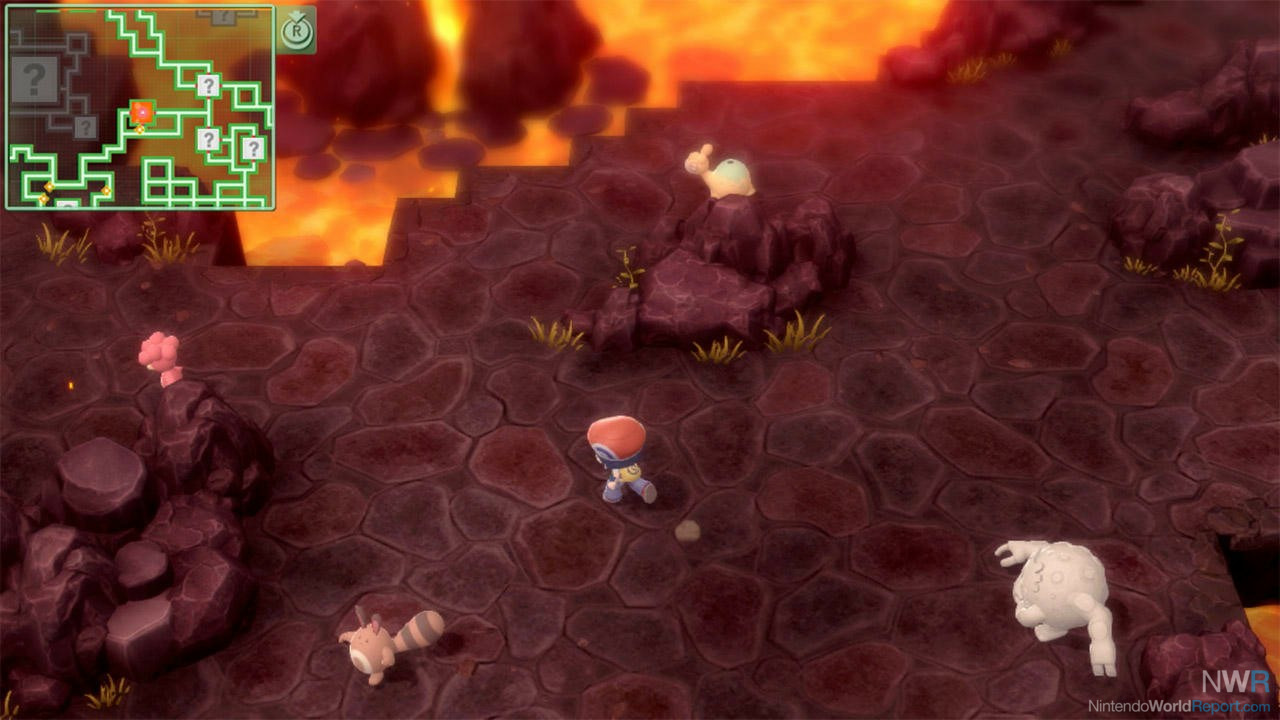 Taken on its own, without the history of the franchise and the desire to see it be more, Pokémon Brilliant Diamond is a great RPG. There’s a wide variety of content, the gameplay is fun and polished, and the presentation of the remake is charming and warm. While it’s easier to recommend to newer Pokémon fans than those who played the Nintendo DS originals, taking another trip around a much more visually striking Sinnoh region turned out to be more satisfying than I anticipated. I’m certainly not in a hurry to leave it any time soon; that’s for sure. However, with Pokémon Legends on the horizon, this one-two punch of Pokémon titles could be a winning way to close out one year and welcome in another, with a blast from the past followed by something we haven’t really seen before. That’s a Jigglepuff double-slap I can get behind.