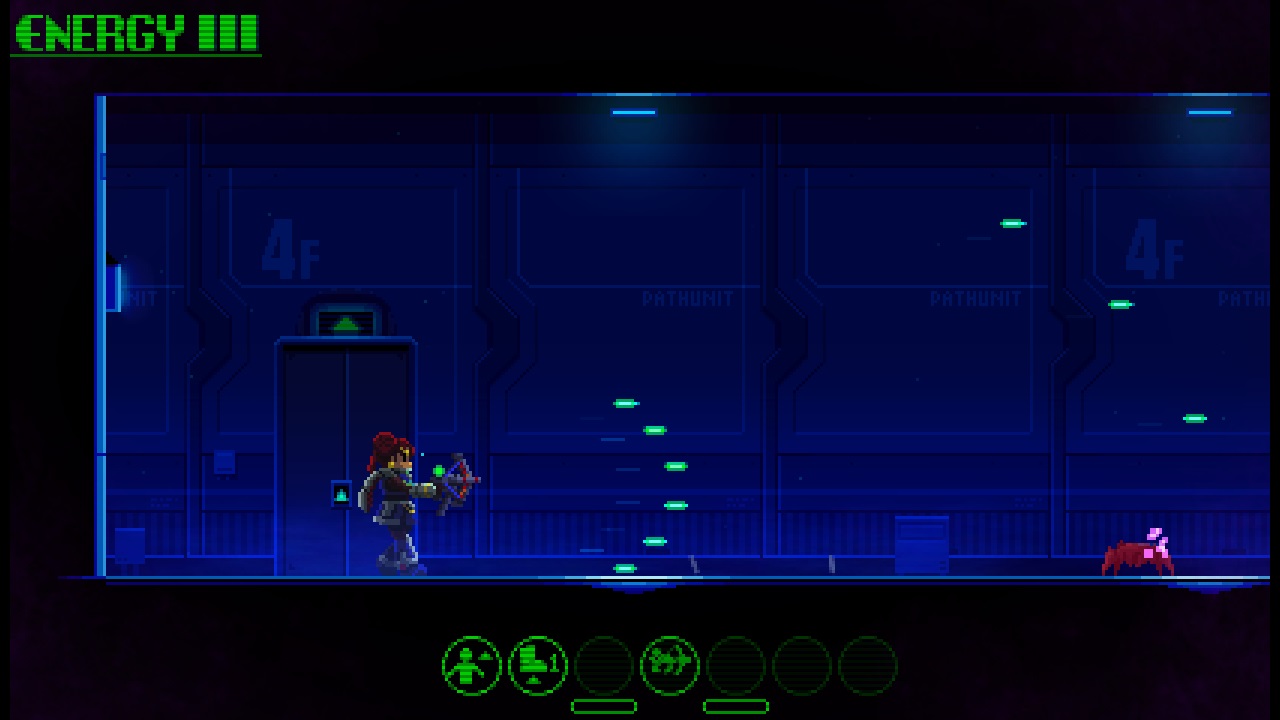 The space pioneer ship Ostracida has crashed on an uncharted planet, but the survey team that went to rescue the survivors was unable to enter the ship and return.

They were unable to enter the ship due to psychic phenomena.

So they ask a psychic medium, “Yumi Kisara spiritist” to investigate the crashed ship.

The objective is to recover the ID chips of the passengers and investigate the ship, but it seems that there is “something” lurking that cannot be easily solved.

By acquiring various items on the ship, you can change your attack methods and expand your range of action.

However, in order to acquire items, you must give up your HP (physical strength) as compensation.

If you proceed without thinking, your HP will quickly dwindle and you will be killed by the slightest enemy attack.

Play the game repeatedly and make choices that suit your style.

The souls of the crew are still on board.

By talking to them, you can obtain items and collect ID chips, and by obtaining ID chips, you can enter their private rooms.

There are also reports from Dr. Simon and personal records of the crew, so you can investigate what happened on the ship.

Take a look at the gameplay for Pixel Game Maker Series Medium-Naut below.

Pixel Game Maker Series Medium-Naut is being sold digitally for Switch via the eShop. English and Japanese language options are supported.