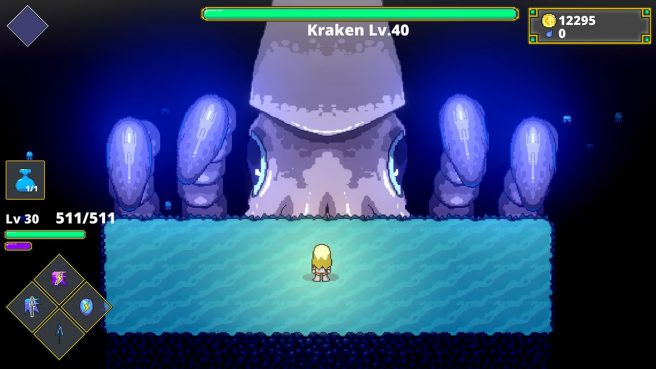 Labyrinth Legend has just a few more days to go until it lands on Switch in the west, but we do have some early gameplay.

Below is some information about the title:

Labyrinth Legend offers players a satisfying dungeon-crawling experience brought to life by retro-inspired pixel graphics. The action-oriented combat uses simple yet satisfying gameplay mechanics that both new and veteran gamers can enjoy. Set in the kingdom of Kanata, Labyrinth Legend focuses on the stories of a monster-filled domain known as the Labyrinth that is said to house a lost royal treasure. Choose your lone adventurer from one of three unique classes, each harboring their own special abilities, and enter the Labyrinth to test your skills. The deeper you go into the Labyrinth, the more the game’s story reveals itself, growing and evolving with your progression. At the end of each dungeon, you’ll find monstrous bosses that will be sure to pose a threat, so take care to power up your character and learn the bosses’ attacks!

New features coming to the Nintendo Switch release include a brand-new dungeon with new story elements and more powerful items. A new class also makes an appearance – the Nightcrawler – specializing in physical attacks. And lastly, local co-op will allow players to team up with family and friends to conquer the most difficult of dungeons.

Have a look at the gameplay for Labyrinth Legend below.

Labyrinth Legend launches for Switch in North America and Europe as an eShop download on January 18. It will support English, Japanese, and Portuguese language options.

The Latest News on Labyrinth Legend gameplay – Nintendo Everything