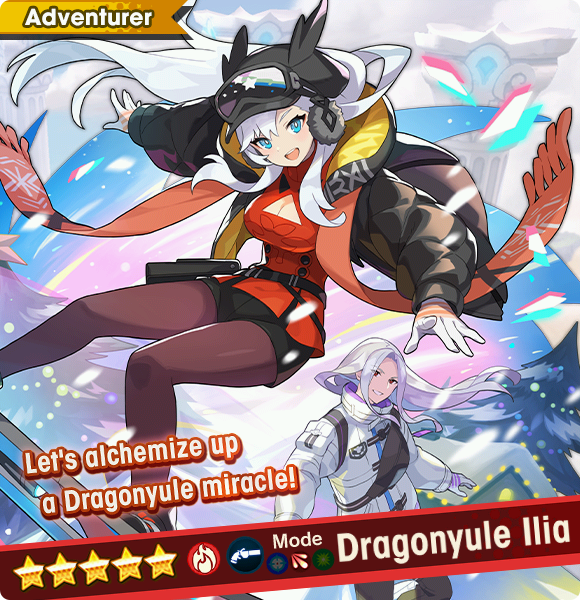 In this Showcase, each summon will grant players a prize alongside their summon result. The prizes range from: platinum prize, gold prize, silver prize, bronze prize, fifth prize, and sixth prize.

For more specifics about these prizes and the featured adventurers, check out the information below. The prize Showcase will last until December 14, 2021 at 9:59pm PT.

Get a closer look at the newly added limited-time featured adventurer below.

Consumes the entire alchemy gauge and
all alchemic cartridges and deals damage
to enemies directly ahead. If two or more
cartridges are consumed, this damage and
its area of effect will be increased based
on the number of cartridges consumed.
Changing direction is possible during the
attack.

Speeds the rate the mode gauge decreases
by 20%. Benefits your whole team.

If a team member is attuned to Flame:
reduces wind damage taken by them by 10%
when the combo count is 10 or higher.
Benefits your whole team.

・The stats shown here do not include increases or decreases due to abilities and represent the adventurer at level 80 with 50 mana nodes unlocked, not the stats when first obtained.

・Adventurers with the same name cannot be put into the same team.

・Some skills have different effects when used as a shared skill.