Caveblazers getting a physical release on Switch

Information about Caveblazers getting a physical release on Switch 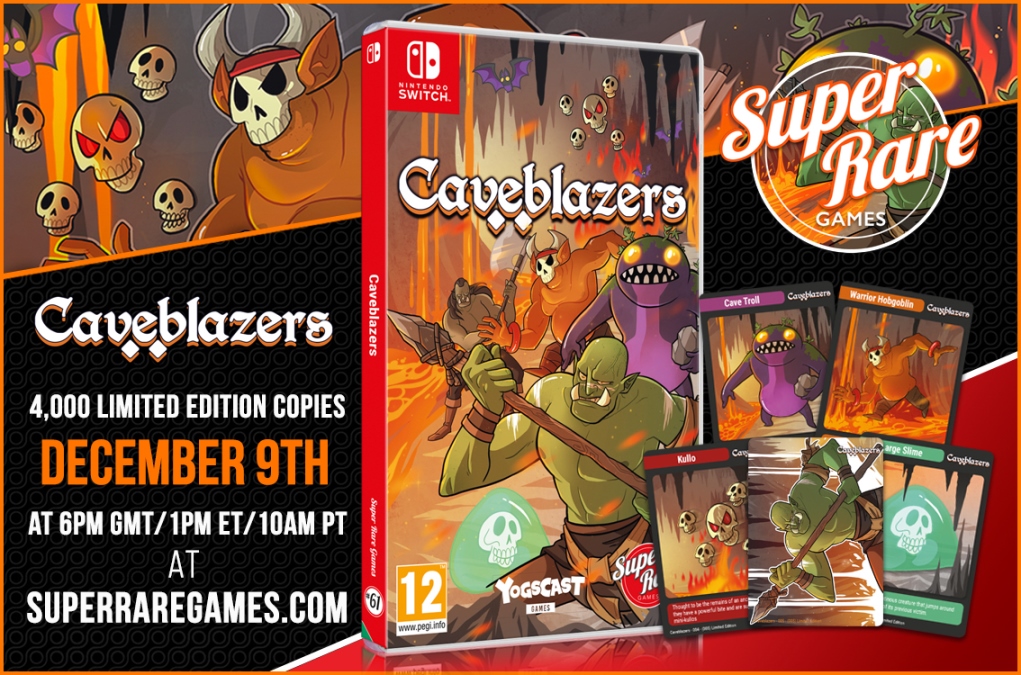 Super Rare Games, in partnership with Yogscast Games and Deadpan Games, has announced plans to produce a physical version of Caveblazers.

Caveblazers originally landed on Switch in January 2019. This is the first time it will have a boxed version.

4,000 copies of Caveblazers will be up for grabs. Each one comes with all the current content on its cart, a full-colour manual, interior artwork, an exclusive sticker, and trading cards.

Below is some information about Caveblazers:

Caveblazers is a challenging and brutal roguelike platformer. Journey into a mysterious cave, fighting orcs and goblins with an abundance of weapons and magical items! Make friends along the way, then watch in despair as they are crushed in to a bloody pulp under a troll’s fist.

– Platformer roguelike! – Caveblazers is a modern platformer which incorporates some roguelike and RPG elements such as permanent death, randomized potion identities, an inventory system, and tons of items and upgrades!

– Compelling combat! – Caveblazers moves away from the simplistic combat systems seen in other games in the genre and incorporates fun, fluid, fast-paced combat, which is accentuated by the game’s brutal and persistent blood effects. Can you overcome each area’s epic boss battle?

– Character customisation! – A whole load of unlockable hats, tunics, trousers, robes, and more are at your disposal! Or perhaps you fancy stripping off and heading in to the caves in the nude? Go for it!

– Tough challenges! – Caveblazers features a bunch of challenges for the well seasoned players to take a punt at. These challenges reward players with new items, weapons & perks!

Pre-orders for the physical version of Caveblazers open on December 9 at 10 AM PT / 1 PM ET / 6 PM in the UK / 7 PM in Europe. Super Rare Games will have it here.

Breaking Story – Caveblazers getting a physical release on Switch

The Latest News on Caveblazers getting a physical release on Switch